We are a specialist marine aquatic retail shop based in Bradford, West Yorkshire. Our retail store opened on the 18th June 2016, the store provides 34 display tanks and a coral table for marine reef sale space. Our coral table contains soft corals, LPS, SPS and is a dedicated system which has pre-quaranteed corals so as to not send any hitchikers home with our customers.

Looks like owner Paul provides ,, good service&quot; only if there is no issues! Absolutely shocking service right from the start! I've ordered two fish and a clam online. Package arrived next day as expected but not quite. Measured water temp in bags was around 20°C,there was only one small heat pack at the bottom of that big box. No signs of life in bags, both fish were lying on the sides, clam was slightly open with mantle being withdrawn on one side below the edge shoeing the inside shell. Straight away I've sent an email to Marine W. A with photos attached explaining the issue and my concerns and asked for a contact as I was not happy that those animals didn't receiveda proper care in transport. Few minutes later had a phone call from a guy called Paul, he started shouting at me saying how I dare accusing him of a,, lack of care'',he repeatedly assured me that it's normal. I wasn't even able to say anything as he would constantly talk over me with a angry, patronising tone saying tha

Report a problem with this listing

Start your business with Tide

Get off to the best start with £75 in your new account on us!

Access a full range of digital services and promote your business online. Whether you have an existing website and want to grow it online, or you want to start from scratch, our full digital store is ready for you and we have a team of experts on standby to help your online dreams come true! 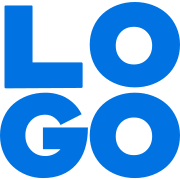 Get a fabulous new logo

Use our fabulous new logo builder

Take control of your calendar with our Smart Scheduler

Smart scheduler syncs with your online calendar and makes appointment booking a breeze. Try it today

Look professional with a Business Number from Cleartone.

Wave goodbye to monthly fees, sign up in minutes and get £75 on us!

Is this your business?