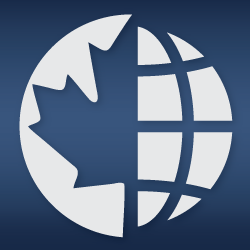 Canadian Immigration Lawyers based in Birmingham, London and Vancouver

Sterling Immigration is one of a select number of firms worldwide who are licensed to practice both Canadian and British immigration law. This places us in a unique position to advocate on behalf of individuals and businesses who are contemplating relocating to either country.

The legal team at Sterling Immigration have several years' experience of business and corporate immigration in global law firms in London, Vancouver and Toronto as well as working in government departments in the United Kingdom and Canada.

Sterling Immigration are recognized as authorities on Canadian immigration law and its lawyers have been quoted in legal journals and academic notes.

The company have gained a reputation for providing thoughtful and innovative immigration solutions as well as advocating forcefully on behalf of clients before the immigration authorities. The firm's expertise and diligence has been recognized on several occasions, most notably when rated in the top 3 Canadian immigration law offices for 2015 to 2017 by readers and writers of the Georgia Straight.

Report a problem with this listing

Is this your business?